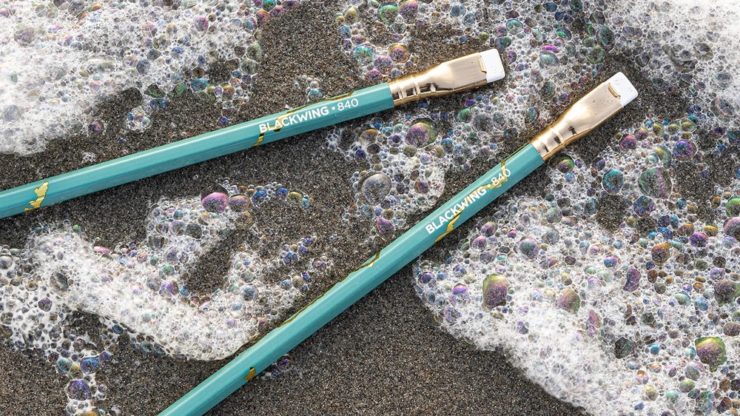 A tribute to Duke Kahanamoku and surf culture.

The ancient art of surfing arrived on the coast of northern California in 1907, but it wasn’t until surf icon Duke Kahanamoku popularized the sport on the beaches of southern California in the decades that followed that it really took hold.

Duke was a renaissance man. He mastered the ukulele and acted in Hollywood. He won an Olympic gold medal in the 100 meter freestyle and wrote the definitive history of the Hawaiian flag. He once saved eight men from drowning in the 30 foot swells of a chubasco using only a surfboard. He was the living embodiment of surfing’s nomadic, DIY lifestyle that carved its way into California’s spirit in the 20th century and still carries on today.

The Blackwing 840 is a tribute to Duke Kahanamoku and the enlightened lifestyle he helped cultivate through surfing. It features a sea green barrel with a gold foil accent in the shape of the California coastline. It also features our balanced graphite and a gold eraser clip. Duke popularized surfing along California’s 840 mile coast, but the lifestyle left in his wake has influenced people around the world.