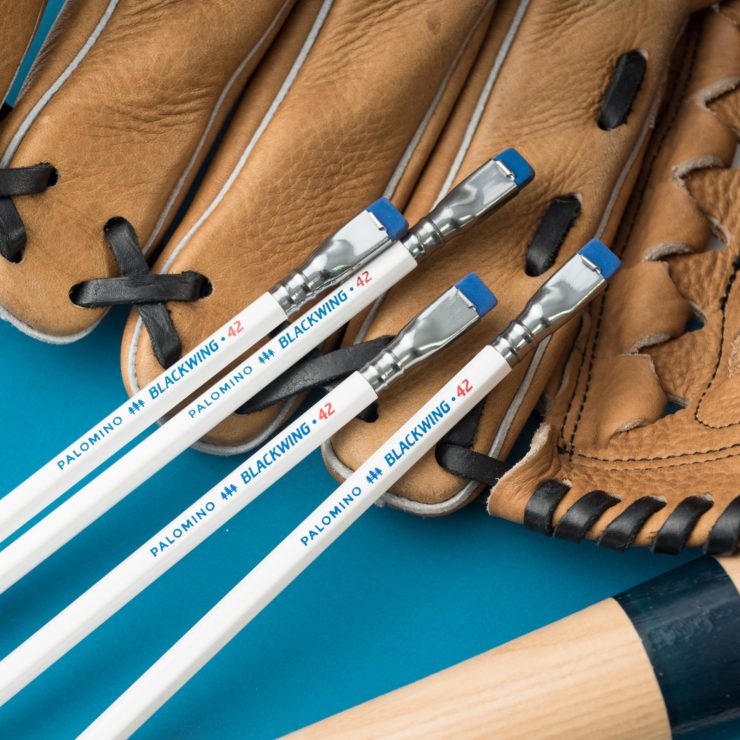 A tribute to Jackie Robinson and those who fight for their passion.

Lieutenant Robinson stood his ground at trial, and he was acquitted of all charges. After being honorably discharged, he signed a contract with the Kansas City Monarchs baseball club to pursue his passion for athletics. A few short years later, Jack “Jackie” Robinson was called up to the Major Leagues by the Brooklyn Dodgers, breaking the color barrier and providing much needed momentum to the desegregation movement that extended well beyond baseball.

The Blackwing 42 is a tribute to Jackie Robinson. It features our balanced graphite, white barrel, blue imprint and eraser, road gray ferrule, and iconic red 42. The number 42 not only honors Jackie’s achievements, it celebrates those who pursue their passions, creative or otherwise, regardless of the obstacles in their way.