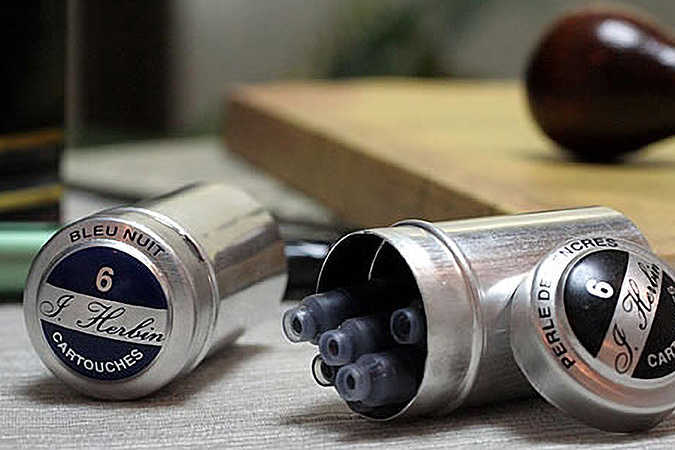 J. Herbin is the oldest company in the world dealing with ink production, that uses only natural and pH neutral dyes.

But, who was actually J. Herbin?

J. Herbin was a sailor in the seventeen-century France.  During his sea travels, he was familiar with iron gall ink which was very popular at that time in Europe. However, bad weather and moisture on a ship harmed paper and ink. Such conditions required something special.

During one of his many travels to India, J. Herbin developed his own formula of iron gall ink, which probably was a gift for the ship’s master. When he ended with sailing, he also ended producing his ink.

J. Herbin settled down in Paris, where he started producing wax, using the special formula that he brought with him from another travel to India. One sailor, hearing legends about J. Herbin’s ink and its features, visited his workshop in Paris and convinced him to make and sale his ink.

Since the very beginning, J. Herbin’s products was very successful in France. They were used by leading individuals, among others Louis XIV and Coco Chanel.

Unique colours and sentimental names that stimulate the imagination are the features that characterize J. Herbin’s ink.

Each colour has a different story inspired by J. Herbin’s travels, events in France, famous figures or legends.

What is your favourite colour and how it inspire you?